Watercolor Painting by Dennis Pendleton. As I continue to paint in Denver Botanic Gardens once a week I am finding it harder and harder to settle on one spot because the gardens present so many wonderful opportunities. These delphiniums and daisies were irresistible and there was a bench in the shade that was a perfect vantage point.

As I began painting the delphiniums I also worked on the dark negative shapes around them so that the value contrast, along with the hard and soft edges, would create a strong contrast or "effect." To add movement I made sure that the tall delphiniums tipped to the left and right. It is always tempting to put in too much detail so I used a bigger brush and painted shapes rather than all the individual little flowers. In watercolor painting we save the white unpainted paper rather than using white paint so I had to be careful to save white paper where I wanted the daisies. I did the same with the yellow flowers then added the yellow paint later. To keep it interesting, I let some of the yellow paint drip into the surrounding greens and used all the different yellows on my palette - cadmium yellow, lemon yellow, transparent yellow and yellow ochre. I was holding the painting in my lap so I could tip it upright when I wanted the colors to flow together. There were also some interesting plants with long stems and golden tips that I used to tie the different parts of the painting together.

I tried to create a fleeting impression of the garden rather than an exact rendering which means I allow myself to adjust colors, values, shapes and edges if I think it makes a more interesting composition. There were some red-orange flowers off to the right and I included three of them in the lower right corner to complement the green leaves. For the deep greens I used mixtures of olive, perylene green, indigo, and ultramarine blue, making sure there were visible brush strokes that would suggest leaves of different sizes.

Claude Monet, the father of Impressionism, once said that "it is probably because of flowers that I became an artist." When I am painting in Denver Botanic Gardens I think about him and the spectacular gardens that surround his house in Giverny. Happy Painting! Dennis Pendleton

My first weekend workshop in Denver Botanic Gardens 2021 is this weekend July 16, 17, and 18 and you can sign up for one, two or all three days so if you are interested send me an email pendletonstudio@gmail.co The other two workshops are August 6, 7, and 8 an d August 27, 28, and 29.

Find out about upcoming workshops, urban sketching events & get a FREE watercolor lesson every Sunday in your email:

Monumental Art In The Garden 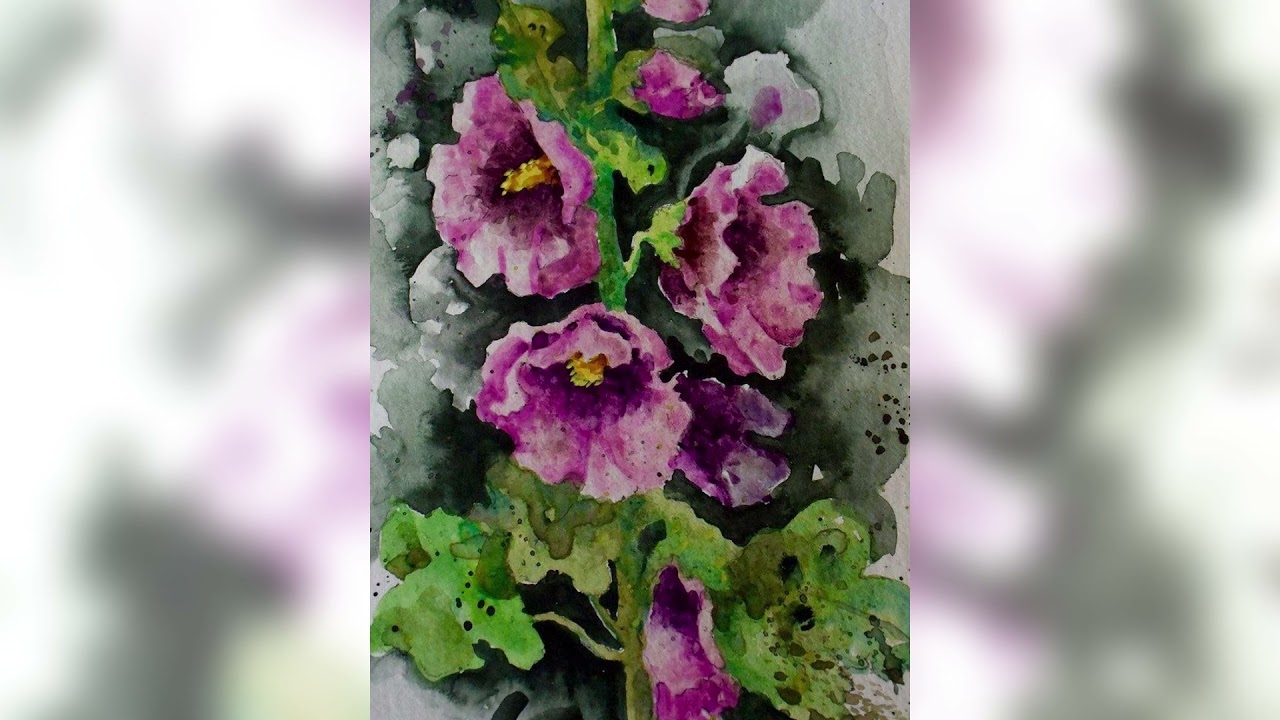